The benefits of the Separation Wall 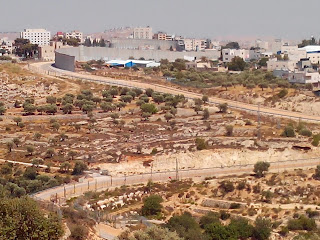 Since the foundation of the State of Israel it always happened that Arab terrorists went over the border and killed civilian.Those attacks became almost commonplace, but in 2002 the Israeli government approved the construction of a wall on the border between Israel and Palestine, and also a barrier above the road to Jerusalem to protect cars from snipers.

Since then the number of deaths due to attacks deacreased by 80%. In the wall after a few miles there are checkpoints with armed police that control the cars that enter Israel.

From this point of view the Separation Wall is a great idea, but it caused a reaction in the antisemitic media. Many newspaper and TV channels describe the Separation Wall as a Segregation Wall that represents Israeli apartheid. And they also talk a lot about control of the the Palestinians and they accuse Israel of discrimination.

They don't understand how it is useful for the security in Israel.But the hope is that one day the Separation Wall will be destroyed such as the one of Berlin because we won't need it anymore.